Ever since George Floyd, a man who was caught using fake dollar bill, was killed in the police custody, the US is seeing a massive uproar citing ‘Black Lives Matter’. Thousands of people are on the streets of America demanding justice for Floyd who died an untimely death in the hands of Minnesota Police officer Derek Chauvin. Many corporate biggies of the United States have stepped up in the protest in their own way.

Around 1,666 of Google employees have demanded the company to stop selling their technology to police departments who are responsible for such atrocities.

In a letter to Alphabet CEO Sundar Pichai, they wrote, “We’re disappointed to know that Google is still selling to police forces, and advertises its connection with police forces as somehow progressive, and seeks more expansive sales rather than severing ties with police and joining the millions who want to defang and defund these institutions. Why help the institutions responsible for the knee on George Floyd’s neck to be more effective organizationally? Not only that, but the same Clarkstown police force being advertised by Google as a success story has been sued multiple times for illegal surveillance of Black Lives Matter organizers.” 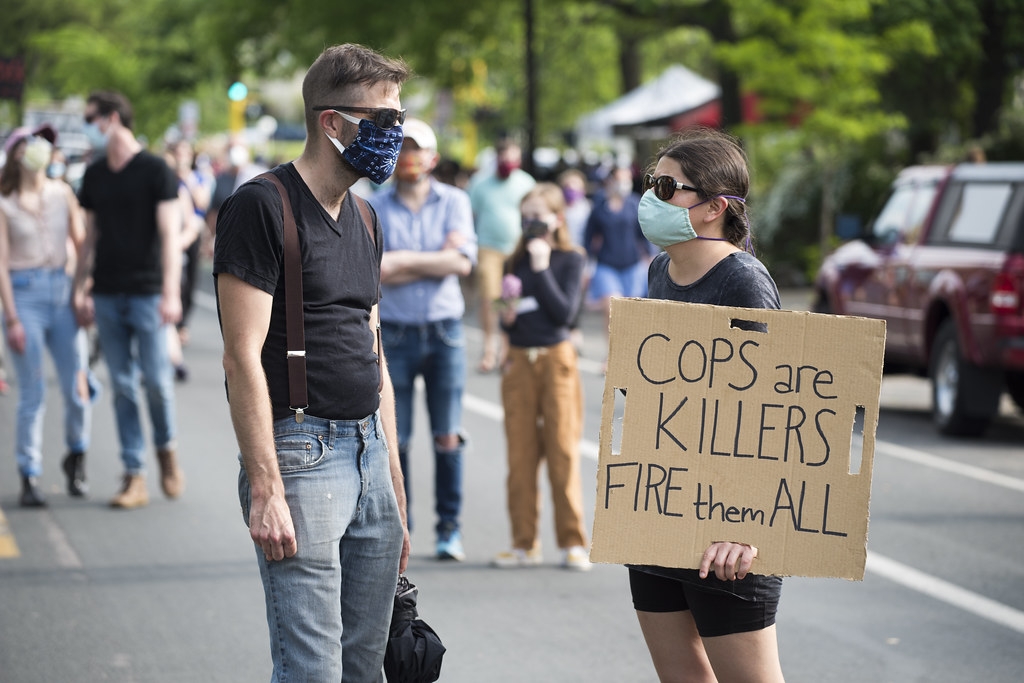 Google lately announced how Clarkstown Police Department uses the Google’s G Suite for sharing information and digital evidence. Google is also a partner and donor to the Seattle Police and its venture capital arm, GV has invested money in startups that working for artificial intelligence for police departments across the US.

To counter the prevalent racism in the country, Google employees have suggested few products to the company. A Google spokesperson told TechCrunch, “We’re committed to work that makes a meaningful difference to combat systemic racism, and our employees have made over 500 product suggestions in recent weeks, which we are reviewing.”

“On this one, we were the first major company to decide, years ago, to not make facial recognition commercially available and we have very clear AI Principles that prohibit its use or sale for surveillance. We have longstanding terms of use for generally available computing platforms like Gmail, GSuite and Google Cloud Platform, and these products will remain available for Governments and local authorities, including police departments, to use,” he added.

The employees also added that they want to be proud of the work their company (Google) is doing. They also want the company to stick to their values.

“The racist legacy of police across the United States goes all the way back to its roots, when police forces emerged to protect the wealth gotten from slavery and genocide,” the letter reads. “We have a long way to go to address the full legacy of racism but to begin with — we should not be in the business of profiting from racist policing. We should not be in the business of criminalizing Black existence while we chant that Black Lives Matter. We, the undersigned Googlers, call on you to stop making our technology available to police forces.”

More than 1,000 employees have been successful in pressuring the company to drop business deals in the past that didn’t align with their moral compass. Also, Google is not the only firm that has collaborated with the police department for technology. Salesforce, also holds a contract with Customs and Border Protection despite protests from their employees.

On the brighter side

On a positive note, IBM announced that it would no longer sell its facial recognition technology for police and mass surveillance. Microsoft would also refrain from selling their technology to police without federal regulation. Jeff Bezos’ Amazon stopped providing facial recognition to police for one year. These are one of many ways in which tech companies responded to George Floyd’s killing.