Digital Signage is not a new phenomenon. It has been here with us for decades. Earlier, Digital Signage like Video Wall, LED Display Wall, Neon Signboard, etc was used by big businessmen as its cost of installation and rentals were steeply high. However, with the introduction of LED technology, digital signage is becoming increasingly affordable. In fact, nowadays most of the business owners prefer to install digital signage for their brand promotion. LED Display Walls are being installed in every industry, not only in retail. Another reason why LED walls are being popular is its visual appeal apart from the cost effectiveness.

LED Display Wall: What is it?

It is known to everyone that LED is known as Light Emitting Diode. Since LED Walls use millions of LED lamps as pixels, it is known as LED Wall. Each LED is responsible for displaying a particular colour, thus LED Display Wall as a whole offers real-life colours and seamless viewing experience. Multiple cabinet units of LED are connected together to create a scalable, large LED display wall. Thus, LED wall can be designed of any size, depending upon the area of installation and requirement.

The LED Lamps in LED Display Wall are the units of the entire wall. LED lamps are simply tiny light bulbs that are connected into an electric circuit. However, unlike the traditional incandescent bulbs, they don’t have filaments that burn to emit light. They are illuminated by the movement of electrons and holes in a semiconductor material. This is also what determines the colour of the light emitted by the diode. The traditional video walls are backlit, which means the pixels are illuminated by an array of lights placed in horizontal and vertical position. 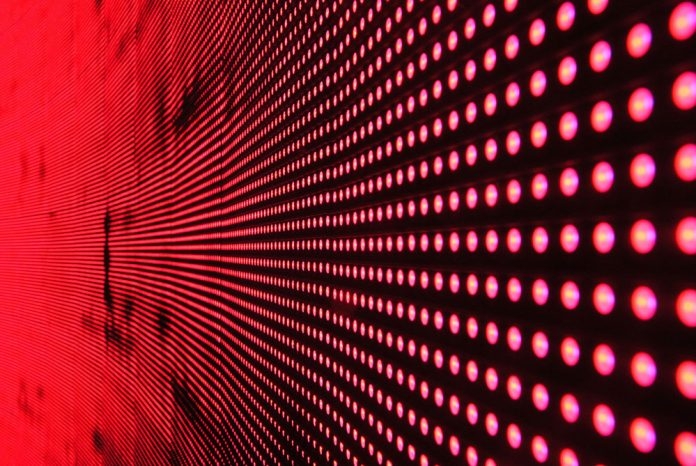 Later, RGB LEDs were introduced which made it possible to create large, scalable coloured LED walls.

What is Pixel Pitch? 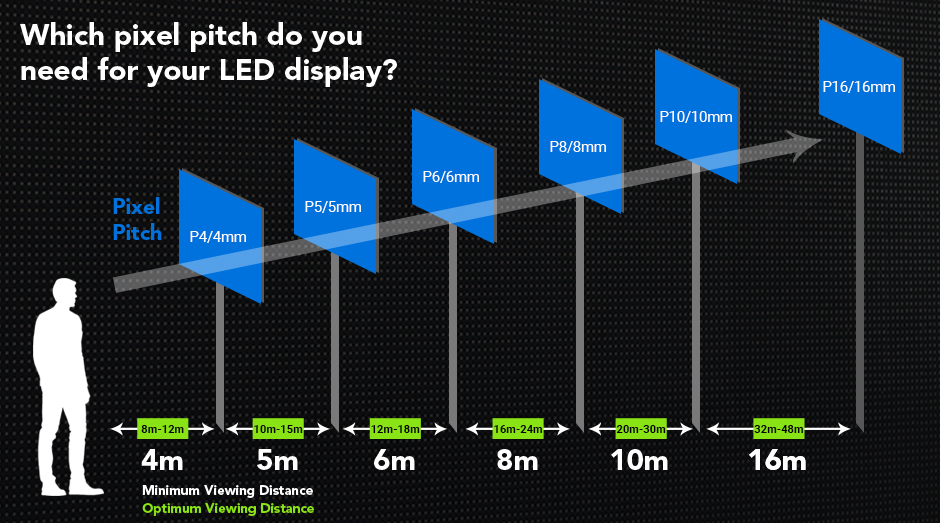 Pixel Pitch: Why does it matter?

Pixel Pitch directly impacts the optimal viewing distance for your LED wall. When the pixel pitch value is low, image would be finer and have smoother borders on the wall. This will allow the viewers to stand closer to the LED wall and view clearer images without looking at the component LED lamps individually. Small Pixel Pitch shortens the minimum viewing distance and vice versa.

Also Read: How technology in education can reduce absenteeism

Visual Acuity Distance: This is distance at which a person with 20/20 vision must stand to see an non-pixelated coherent image.

Average Comfortable Viewing Distance: This is subjective estimate for every person. It depends on a person’s eyesight and also the type of content.

LED Display Wall vs LCD Wall: Which one is better?

LED Wall is becoming increasingly popular among businesses for several reasons. There are no doubts that the LED technology is way better than the traditional LCD technology. For the record, here are few major advantages that LED Walls have over LCD Video Walls.

Indoor LED Display Wall is used for indoor purpose only. Thus the IP rating doesn’t come into play in these models since the wall will not be exposed to exterior weather elements like rain, sunlight, dust, hail, etc. Most of the Indoor LED Wall is made for ambient lighting and shorter viewing distances. The indoor LED walls are made with smaller pixel pitch for shorter viewing distance. They also have finer resolution as compared to the Outdoor LED Wall, since the audience is going to notice every detail while viewing from a very short distance.

Since the audience is going to view the wall from a considerably large distance, it requires much larger pixel pitch and lower pixel density. However, the Outdoor Display Wall is 10 times brighter than its indoor counterpart. Also, it has an IP rating to protect it from outer elements like rain, sunlight, dust and hail.

The overall cost of LED Wall depends on various factors as mentioned below: 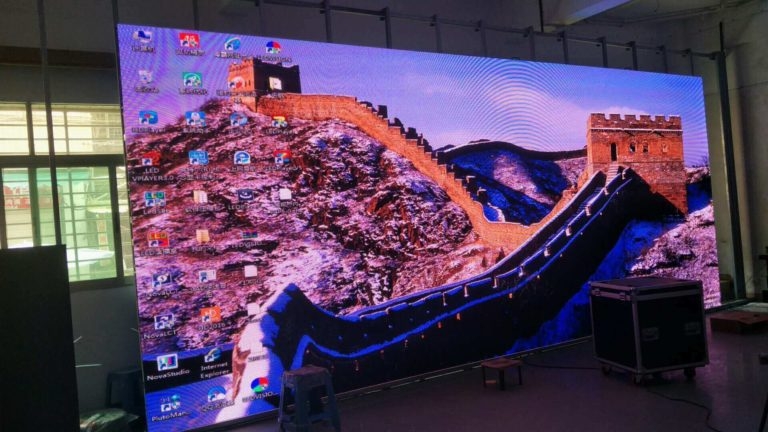 There are many brands that deal in LED Display Wall including Samsung, Planer, Christie, Xtreme-media and Globus Infocom. All of the above-mentioned brands offer scalable solutions for your LED Wall requirements. Among these brands, Globus Infocom is becoming increasingly popular among organizations. It provides a holistic solution for various signage requirements of businesses and organizations, right from the LED wall, multimedia controller and a user-friendly software.