It is hard to remember one single hour of the entire day when we are not glued to our smartphones. Smartphone addiction is real and it very much exists in today’s time. Our smartphone has become an integral part of our life. Such is the importance of this device that we cannot share our phone with anyone else. Laying down too much importance on smartphone has resulted in anxiety issues when we are away from our phone.

This condition is known as Phone Separation Syndrome. It is caused as a result of our smartphone addiction. Some would be surprised to know that its symptoms are followed by physical illness and personal challenges as well. People suffer from severe bodily symptoms after being detached from their smartphones for a long time.

Another challenge that smartphone poses on our life is the overload of information. Everyone is constantly aware of what’s going around in the world. They are consistently in touch with the news. This information overload increases negative effects on our brain and body. Thus, the overuse of smartphones is hampering our inner peace and is detrimental to our learning skills, vision and hormone levels.

GABA, which is the chief inhibitory neurotransmitter in our Central Nervous System is the worst effect by smartphone addiction. The primary job of this neurotransmitter is to reduce neuronal excitability in the nervous system.

Watching videos and accessing information of all sorts on the internet triggers high and lows of emotion in our body.

Researchers performed MRS exams on the addicted youth prior to and following behavioral therapy and a single MRS study on the control patients to measure levels of gamma amino-butyric acid, or GABA, a neurotransmitter in the brain that inhibits or slows down brain signals, and glutamate-glutamine (Glx), a neurotransmitter that causes neurons to become more electrically excited.

Previous studies have found GABA to be involved in vision and motor control and to regulate various brain functions, including anxiety. The results of the MRS revealed that, compared to the healthy controls, the ratio of GABA to Glx was significantly increased in the anterior cingulate cortex of smartphone- and internet-addicted youth prior to therapy.

Having too much GABA can cause several side effects, including drowsiness and anxiety.

90% of Americans possess a smartphone

Millennials use the phone for 5 hours daily.

Some people even unlock their phones 2000 times every day.

12% of people use a smartphone even in the shower.

50% people use a smartphone while driving.

Experts have warned of withdrawal symptoms when people are struggling to reduce their smartphone usage. The early symptoms include restlessness, anxiety, increased heart rate, sleeplessness and lack of concentration. 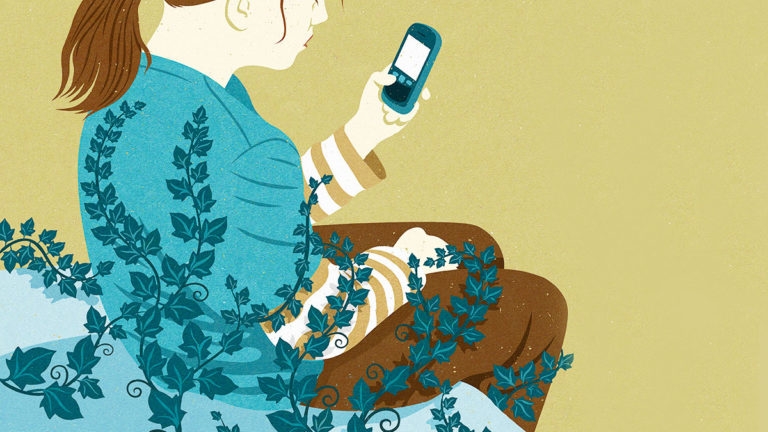 Here’s how you can fight smartphone addiction

Do not bring your smartphone to your bedroom

Get a real alarm clock. Do not rely on your smartphone for alarm.

Do not take your smartphone to your dinner table.

Turn off notifications when not in use.

Complicate your lock code so you find it difficult to unlock your phone too frequently.

Pay attention to the person talking to you.

Designate a day every week to refrain from your smartphone.